Edward graduated from Raleigh-Egypt High School in 1977. He went to Memphis State University and studied History. He was paired up with A.J. Adams in Rawls Hall as roommates. Edward met and married his first wife, Allison Walker, on February 14, 1978. Allison died on April 23, 1978, when her car was crushed when a cable snapped on a crane at a construction site as she was heading to class. Edward was crushed. Barely able to even get himself to class, Arnold gave him a couple of weeks off from wrestling so that he could grieve.

Allison’s family was rather wealthy and Allison had a trust fund that she was able to access after she was married. Her family, however, disliked Edward from the very beginning. They fought with him over the rights to the trust fund. The Walker family would eventually win the lawsuit. Edward used the hatred for his in-laws to fuel the fire and make himself an even better Heel in the ring.

Edward never married again, but he was known throughout the locker room to know the best strip clubs near each of the wrestling sites. This would ultimately be his downfall. He was at Déjà Vu in New Orleans in December 1987. One of the drunken patrons was harassing one of the dancers. Edward came to her defense. A fight broke out and twelve men were ejected from the club. Two days later, the drunken patron was found shot to death in his New Orleans home. Edward’s shotgun was used and his fingerprints alone were found on the gun. Edward was arrested on February 24, 1988, as he was arriving to wrestle that night at Fogelman Arena. Arnold worked out a deal with the NOPD to allow Edward one more match that night before being officially booked. Edward and Arnold worked up a quick feud throughout the card which resulted in a Loser Leaves MVW match that Arnold won. Edward was taken away in police custody that night. He was convicted of first-degree murder in July 1988 and sentenced to fifteen years to life at Angola in August.

Upon his parole in March 2004, he contacted Arnold to have another contract with the MVW. Arnold refused, saying, “I don’t give local contracts anymore,” making reference to the fact that his parole documents denied him any reason for departure from the state of Louisiana. On March 31, 2004, when the MVW next wrestled at Fogelman Arena, Edward interfered in the first three matches before being ejected from the building by security. A restraining order was granted not long after barring Edward from any MVW event in New Orleans.

Edward held only one title in his MVW career. He became the first Tennessee State Heavyweight champion on July 5, 1980. After Allison’s death and the resulting legal battle, Edward’s life continued to spiral downward. This also affected his in-ring performance. After losing the title on September 6, 1980, Edward was never given another title shot. He dropped to the realm of the jobber and it seemed in many matches to even be above his ability.

Edward was found shot to death in his New Orleans apartment on April 23, 2005, twenty-seven years to the date that his beloved Allison died. There was an investigation into the shooting. It couldn’t be completely ruled as a homocide so the NOPD declared it a suicide. A tragic end for a wrestler who thought he had nothing to live for. 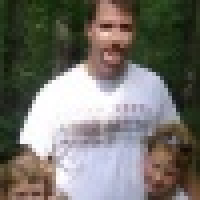